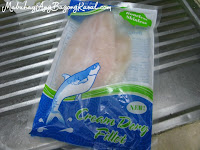 The Lenten Season was a test on my noob cooking skills. We decided to abstain on meat every Friday and that meant learning how to cook some seafood dishes or dine on sardines week in, week out. The first few Fridays of Lent I was either out of town or out for meetings so Sweetie ended up preparing fried tuna steak for those Fridays. We ran out of tuna steak (got it in Davao during an out of town speaking engagement) and luckily passed by Citra Mina after a trip to the Paranaque Central Post Office. We got several types of fish to experiment on.

One of Miguel's favorite food is fish fillet. He was really pleased that I got some cream dory (he discovered it in Davao), so one Friday I decided to make some cream dory fillet. I just adapted the recipe from the cheese stuffed pork roll. Here's how I made it.

Slice the fish into 1.5"x 1.5" cubes (or however you want it sliced). Pat it with salt and pepper and let stand for about 15 minutes. 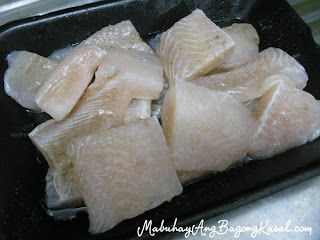 Combine 1/2 cup flour with 1/2 teaspoon of thyme (this is the secret oomph to the fillet). 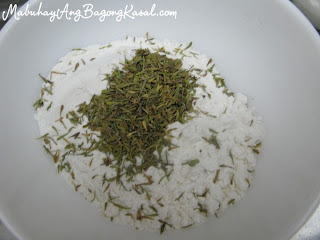 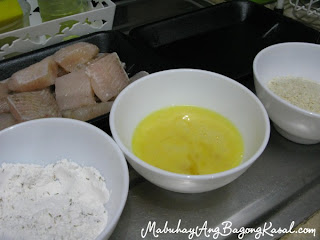 Dredge the sliced fish in the flour mixture. Dip in eggs and completely cover with bread crumbs. This is how it'll look after you do that. 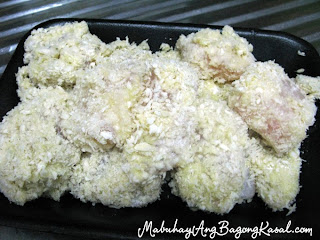 Deep fry until it's golden brown. Drain oil by placing it on a paper towel. 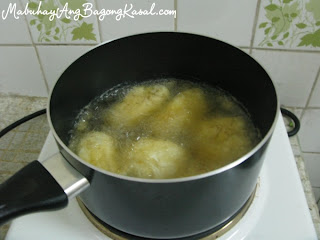 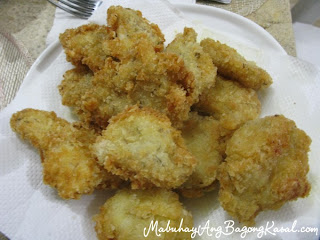 Serve with tartar sauce (we just bought a bottle of it) or mayonnaise. I'd like to eventually learn how to make honey mustard sauce though. I also tried the same recipe using mahi-mahi. I personally like mahi-mahi better than cream dory. You can also use tuna :)